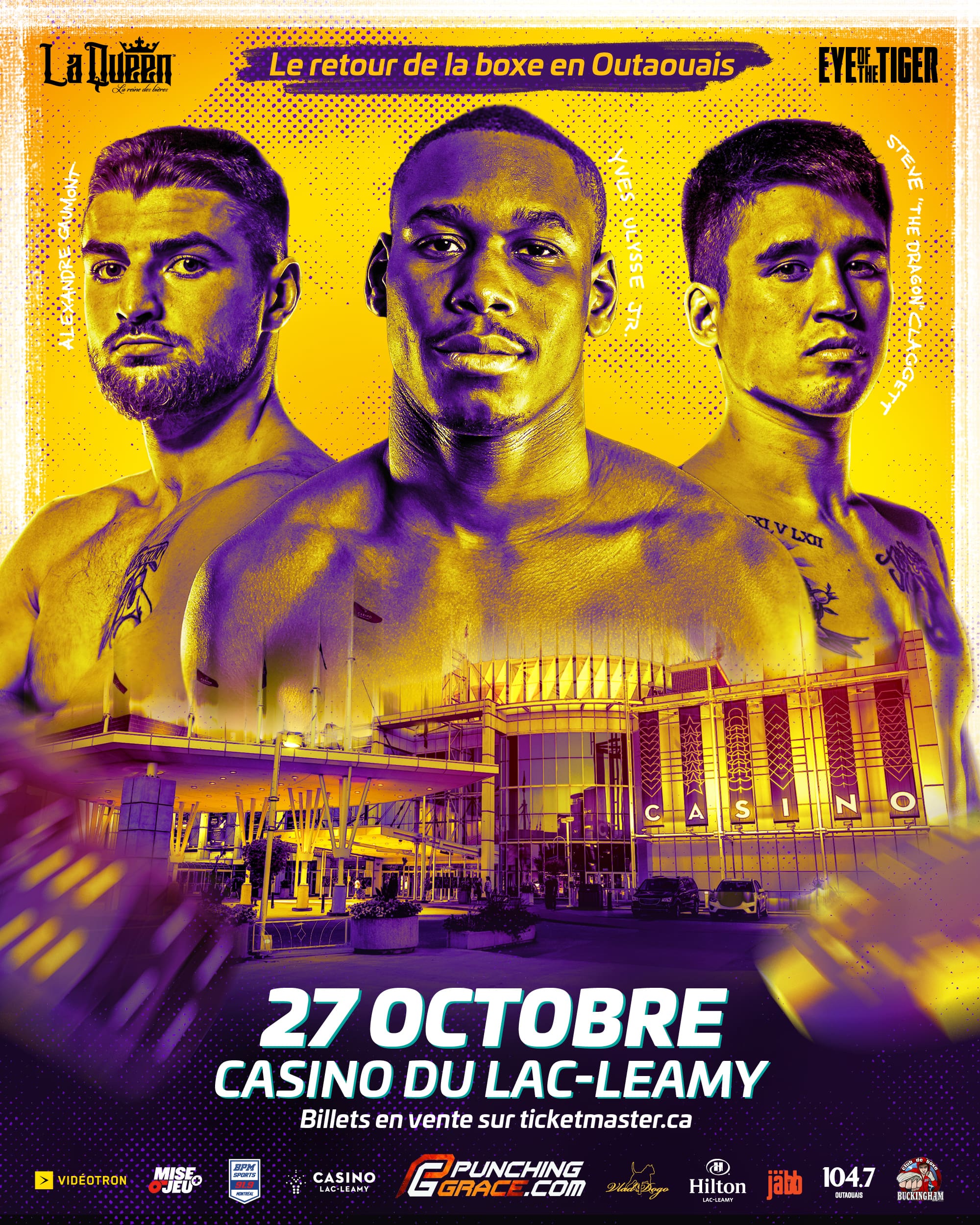 Erik Bazinyan (28-0, 21 KOs), one of the featured fighters in the October 27 gala at the Théâtre du Casino du Lac- Leamy, will unfortunately not be boxing on that evening due to family obligations following the death of his father. The main events will be Gatineau native Alexandre Gaumont (4-0, 2 KOs), Yves Ulysse Jr. (21-2, 12 KOs), as well as Steve Claggett (32-7-2, 22 KOs), who will all provide an evening of explosive boxing.

The president of Eye of the Tiger, Camille Estephan, is confident that the quality of the event will not be affected by the absence of its protegé, and he is fired up over the duels that will be presented at the Casino du Lac-Leamy. “Our matchmaker’s job is to set up balanced fights with opponents who rival our own boxers. We want our protégés to grow, in and out of the ring, so it’s important for them to have opponents who will test their mettle and take them out of their comfort zone. And our fans, who often travel long distances to attend our galas, have come to expect just this type of duel.

With this goal in mind, Jose Macias Enriquez (15-1-2, 7 KOs) was selected to confront Montrealer Yves Ulysse Jr. Enriquez has excellent punching power and an offensive style that he uses to pressure his opponent throughout the bout. He is tough and tenacious and is known to go to war as he did in his last fight against Ray Seitzhanov for the WBO Youth title. In addition to this clash, Steve Claggett will confront southpaw Argentinian veteran Jonathan Jose Enis (29- 17-1, 12 KOs), known for his ring generalship. He is a veteran boxer who has fought over 300 rounds, many of which were championship bouts for the WBC, IBF, IBO, and WBO titles.

Steve Claggett is back in the ring after a flawless performance against Ontario’s Tony Luis, a fight in which he kept the crowd on pins and needles until calling lights out for Luis in the 7th round. Claggett intends to keep on rolling and guarantees to rock the house for boxing fans. “I feel like I’m at the top of my game! My team makes sure that I keep making progress, and Mike and I have the wind in our sails. We’re impatient to show the fans how much I’ve improved, and I’ve never been so hungry for victory! I’m looking forward to getting into the ring and giving the fans a show they won’t soon forget!” It will be a memorable evening for Alexandre Gaumont and Harley-David O’Reilly, both of whom will be fighting before a home crowd for the first time since going pro. Luis Santana (7-0, 2 KOs) and Christopher Guerrero (4-0) will also leap into action in this gala which will mark the return of professional boxing to the Outaouais region. 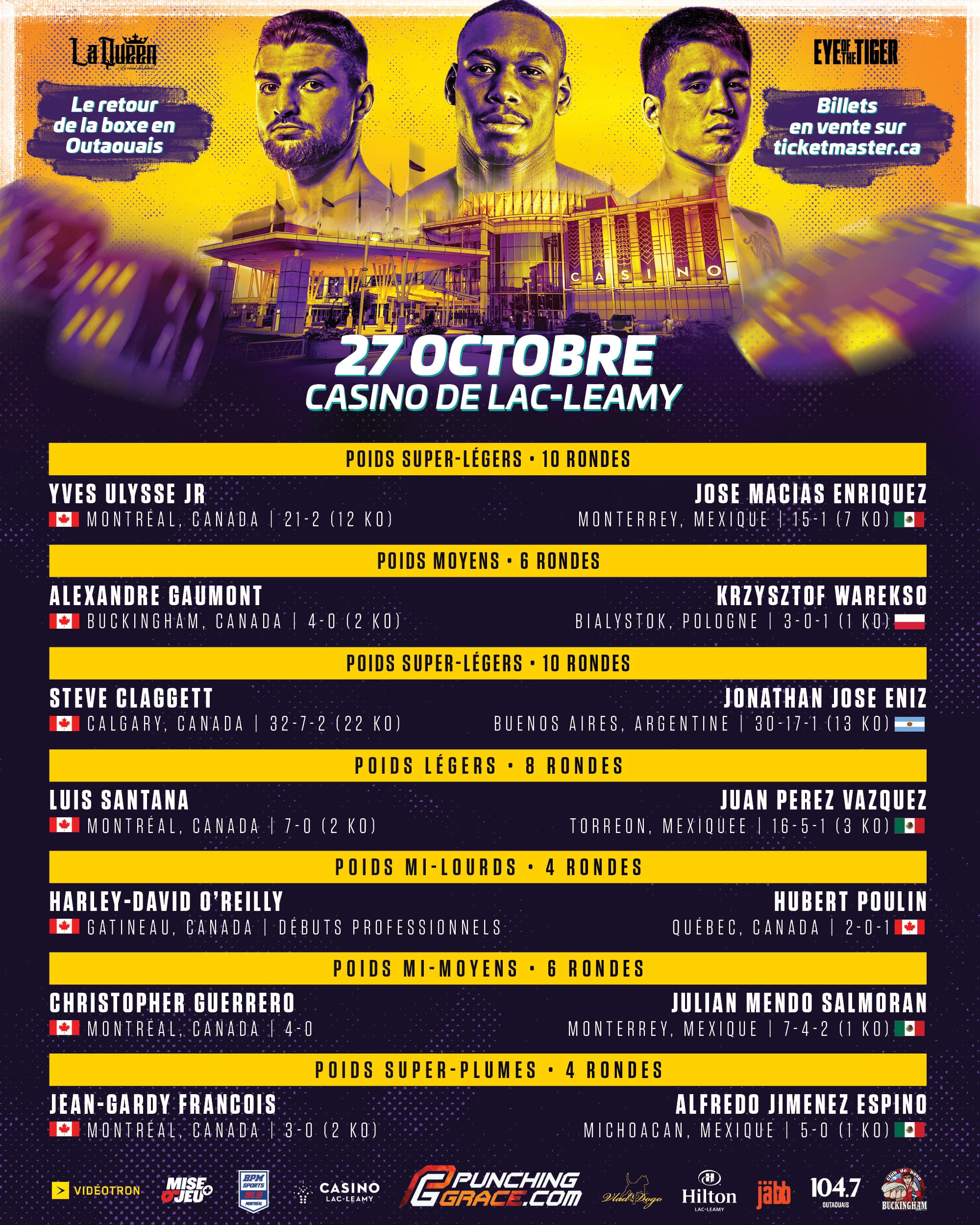