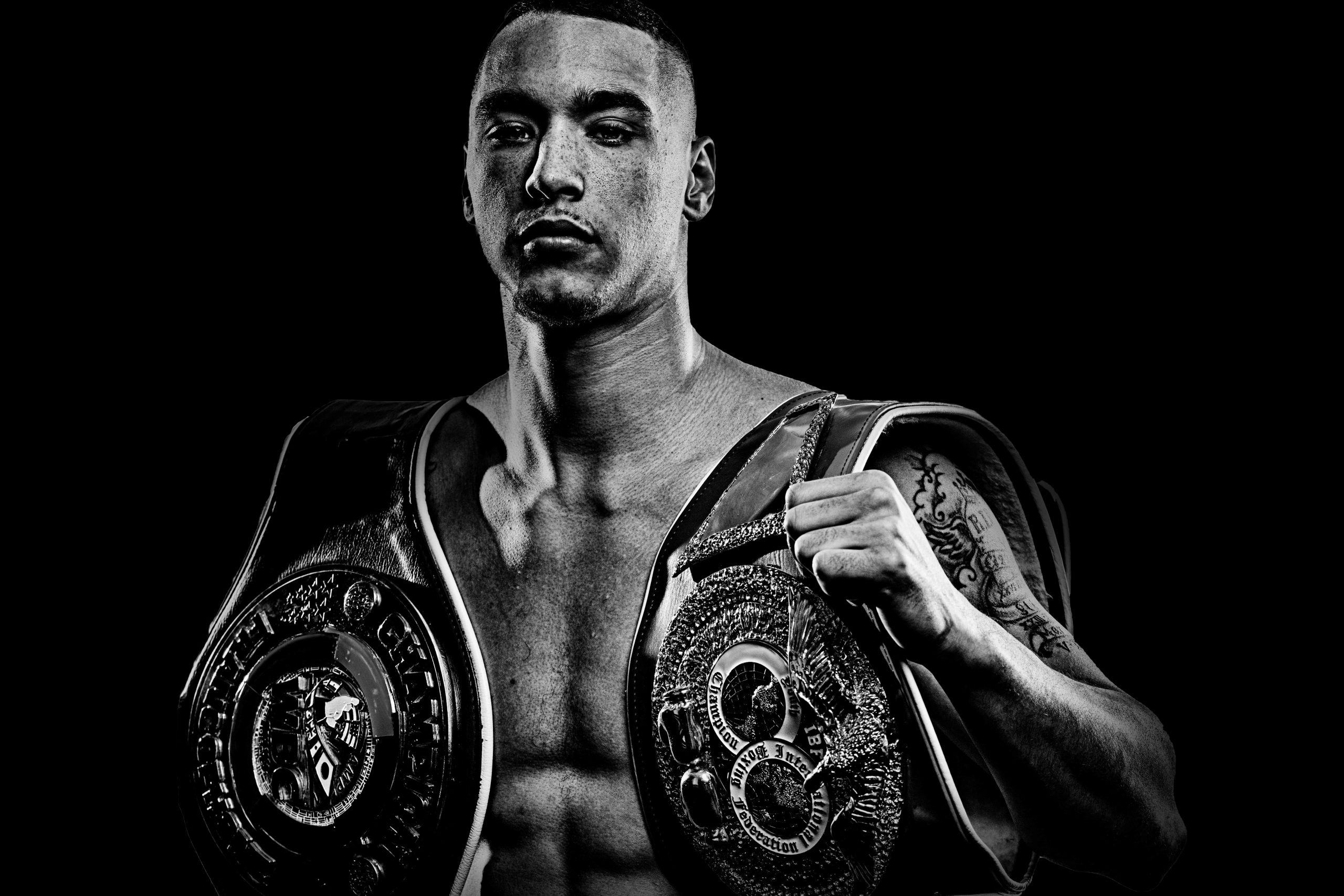 Steven Butler has boxing in his blood. Literally. It was at the age of 12 that he joined Club de Boxe Champion to continue on the path traced by his grandfather Marshall Butler (25-5-0 15 KOs). His trainer soon saw in him the same raw talent he had observed 30 years ago in Marshall. Steven chooses to honor his talent and train assiduously with the intention of one day becoming a world champion.

After accumulating a record of 50 victories, including more than twenty by way of knockout, and only 5 defeats, the Canadian champion decides to make the jump among the professional ranks in 2014. The new recruit of Eye of the Tiger Management records his first win as he sends his opponent to the mat in the 1st round. With his offensive style and his devastating punching power, Butler continues on a knockout streak and his next outings were equally impactful.

The one nicknamed “Bang Bang” in reference to his reputation as a slugger climbs significantly in the rankings and manages to reach the top 10 in the world of his division in 2019. In his thirtieth career fight, Butler manages to defeat Paul Valenzuela Jr. in just 38 seconds. This convincing victory enabled him to obtain the duel he had dreamed of since his beginnings in this sport: a world championship fight against Japanese Olympian Ryota Murata for the WBA middleweight title. Butler was defeated by referee stoppage in the 5th round.

Although this defeat was heartbreaking, it was certainly a rewarding experience for the young Quebecer, who did not hesitate to pick himself up and make the necessary adjustments for the rest of his career. He is convinced that he will be a world champion and intends to return on the path of victory quickly.