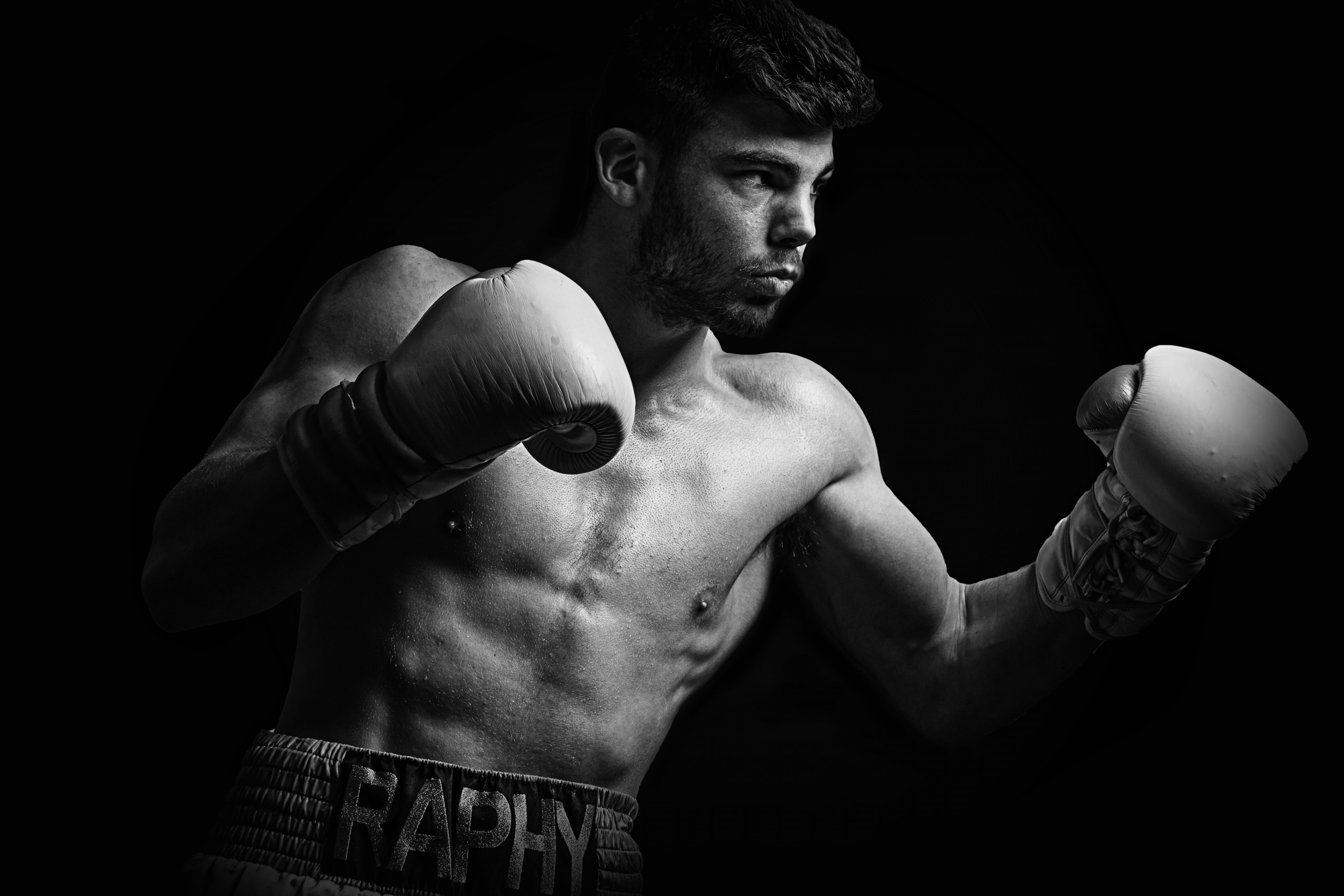 Raphael Courchesne started boxing at the age of 15 at the St-Hyacinthe Boxing Club. From the beginning, Raphael had great success among the amateurs by repeatedly winning the title of champion of Quebec. Given his offensive boxing style as well as his devastating striking power, Courchesne has a style that is perfect for having a great career in professional boxing. He and his team thus make the decision to jump into the pros when he was only 18 years old.

It is with Eye of the Tiger Management that Raphael had his pro debut at the Centre Gervais Auto in February 2018 against Luis Ernesto Granados. He obtained his first victory by unanimous decision. He then recorded 5 consecutive victories, all more exciting than the previous one.

Raphael demonstrates an intense maturity in the ring and continues to impress the crowds with explosive attacks that few of his opponents can resist. In his 8th professional fight in his young career, he faces his toughest challenge to date; going up against Javier Mercado in September 2019. Although Mercado is much more experienced than the young brawler, recording his 43rd fight in his career against Courchesne, Mercado remains standing with much pain and misery throughout the 6 rounds despite the relentlessness and the power of the blows delivered by a merciless Raphael. “Bad Intentions” comes close to knocking him out but instead wins the fight by unanimous decision.

Demonstrating a lot of talent, the EOTTM protégé has experienced excellent progress since the start of his career and clearly demonstrates unlimited potential!