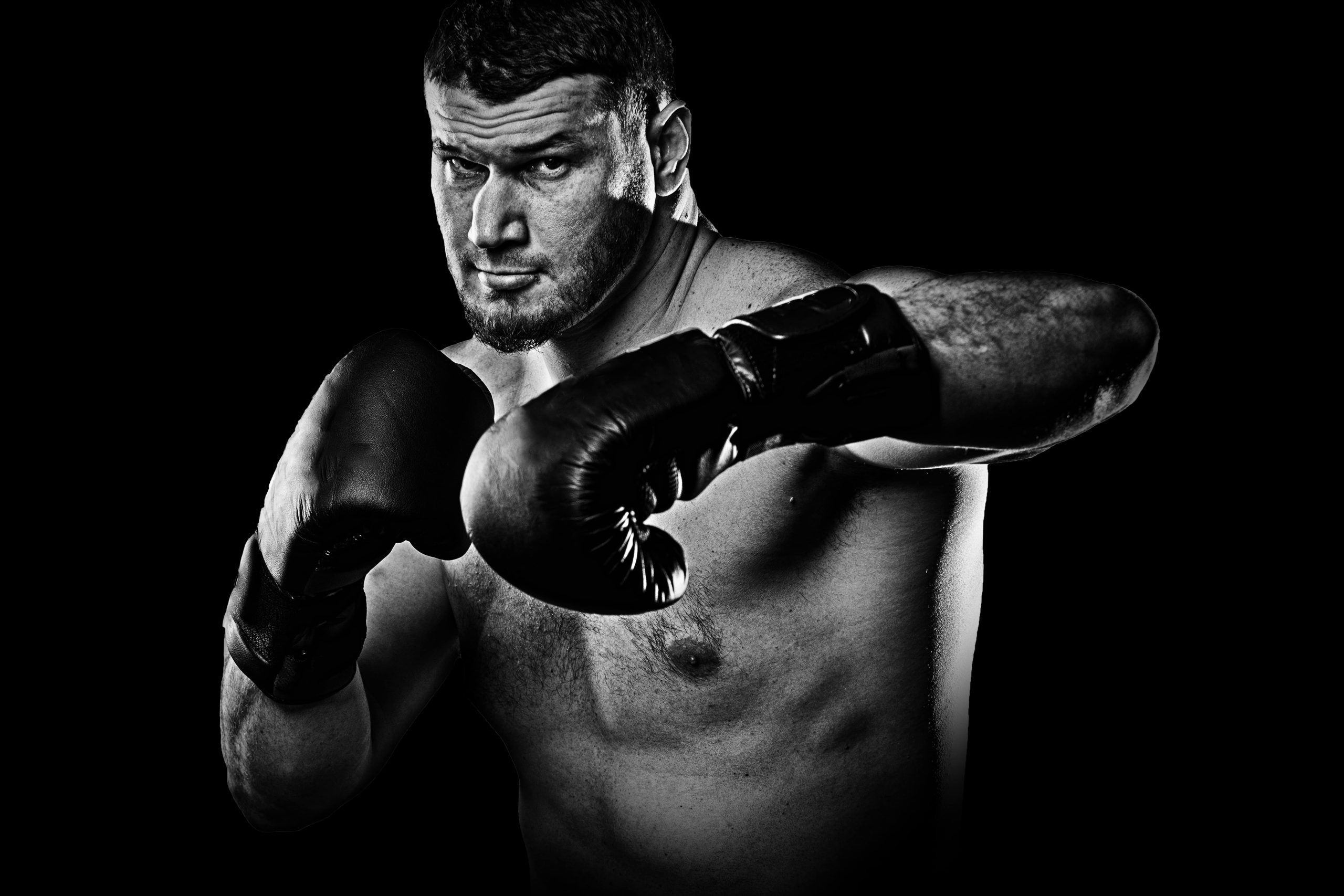 Terrifyingly imposing at his 6’6 and 265 lb, in addition to being equipped with extraordinary striking power, Arslanbek Makhmudov undoubtedly represents the future of the reigning boxing category. Having started his career at the age of 9, he quickly became a feared boxer. A real terror in the amateur ranks where he accumulated more than 200 fights, Makhmudov let his talent shine in the World Series of Boxing (WSB) where he remains unbeaten. It was thanks to his spectacular performances in WSB that he became all the rage on the web before starting his career in professional boxing with Eye of Tiger Management.

Without fear and without pity, Arslanbek mentions wanting to annihilate all boxers who cross his path. The Russian colossus had a staggering start on Canadian soil, when he will only need 24 seconds to knock down his opponent. and surprise all the spectators present at Danforth Music Hall in Toronto. Was it a stroke of luck? Not at all! He repeats the feat during all his fights, gaining all his victories in an expeditious and brutal manner in a few minutes, even seconds! In 2018, the one known as “ The Lion ” made everyone’s eyes jump out of their sockets with an exceptional knockout against Andrew Satterfield. He was later the first to defeat veteran Avery Gibson by knockout a few months later.

Arslanbek is certainly one of the most promising recruits on the international scene. The Russian giant is getting closer to his ultimate goal; that of becoming heavyweight champion of the world. The coming months will be decisive for the rest of his career.