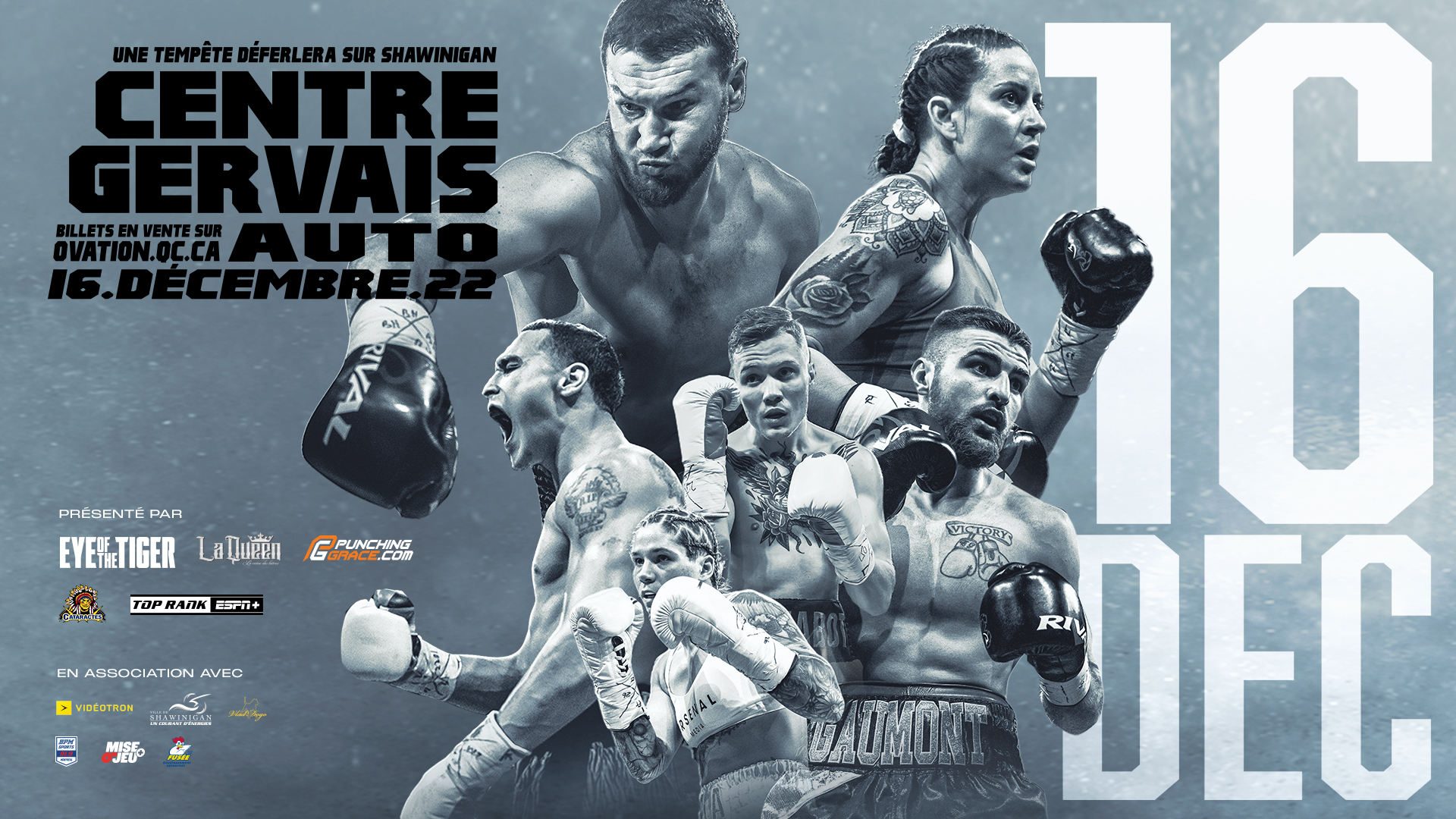 A storm will hit Shawinigan on December 16th as the Eye of the Tiger headliners join forces to present one of the most impressive boxing cards in the history of the Montreal organization. Arslanbek Makhmudov, Steven Butler, Mary Spencer, Thomas Chabot, Leila Beaudoin, Luis Santana and Alexandre Gaumont will set the stage for this year-end celebration presented by EOTTM in association with the Shawinigan Cataractes at the Centre Gervais Auto.

Named “Champion of the Year” by the NABF and currently ranked 4th in the world by the WBC, the holder of the WBC Silver, NABF and NABA heavyweight belts Arslanbek Makhmudov (15-0, 14 KOs) will face an opponent with a physique as imposing as his own, that is, the German boxer Michael Wallisch (23-5, 16 KOs). Wallisch seizes the opportunity to get his hands on the 2 titles at stake and promises a surprising performance against the “Lion”! He has faced big names in the elite such as Joe Joyce, Murat Gassiev and Efe Ajagba, and will try to capitalize on his experience to impose his rhythm in the fight.

The goal was clear for Olympian and three-time world amateur champion Mary Spencer (7-0, 5 KOs) when she made the jump to the pros and joined Eye of the Tiger: to move up the world rankings quickly in order to get a world championship fight in the near future. In her 8th pro fight, the EOTTM protégé currently ranked #1 in the world in the IBO will have the opportunity to realize her dream of capturing the vacant International Boxing Organization (IBO) super middleweight world belt when she takes on #12 contender Femke Hermans (13-4, 5 KOs) of Belgium. 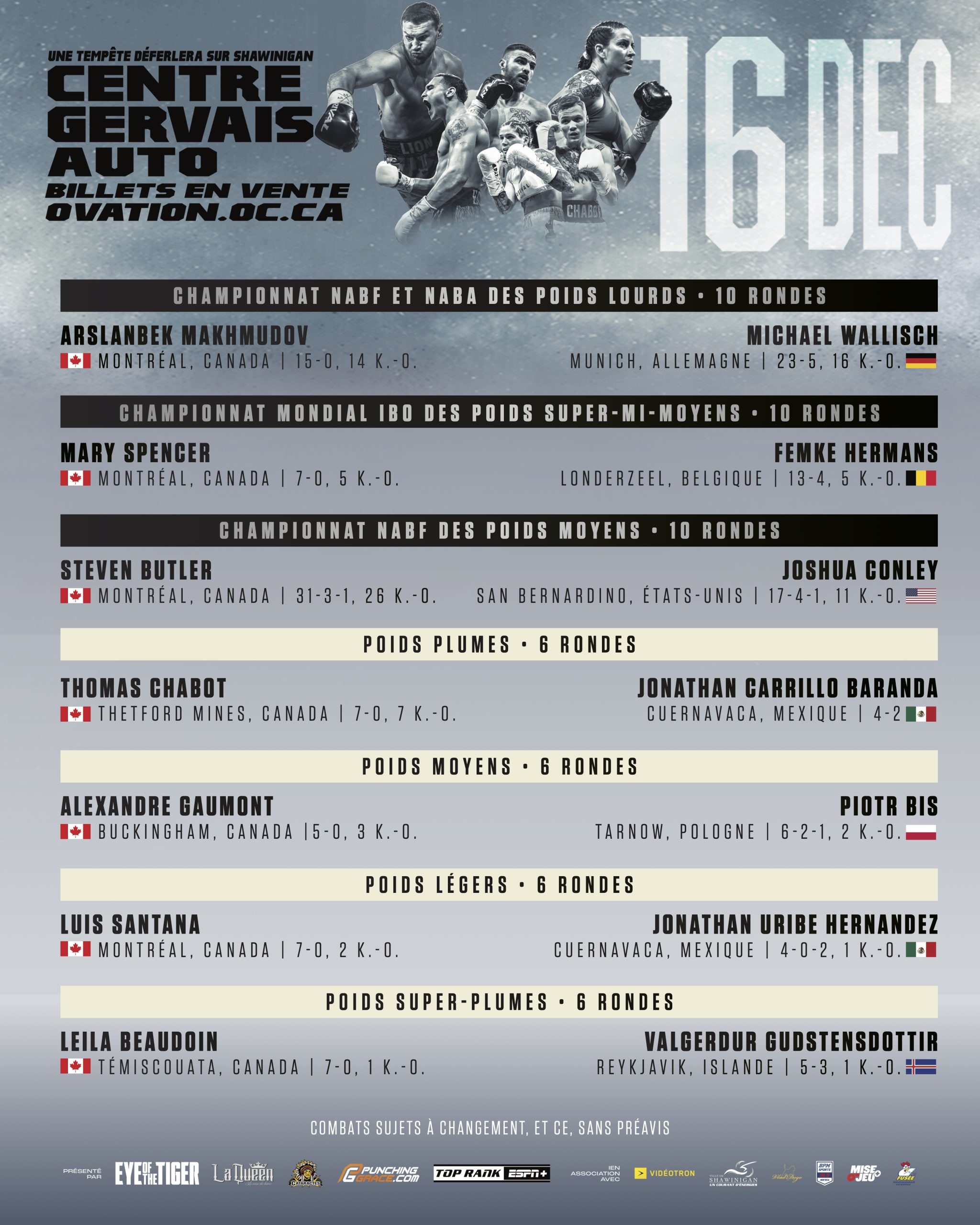